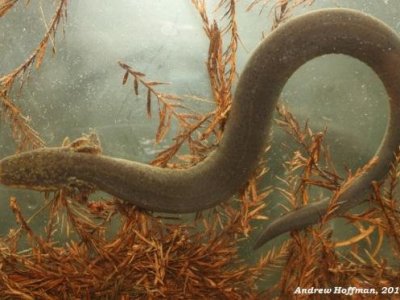 Adults are very distinctive eel-like, aquatic salamanders with a long slender body and a narrow head with obvious external gills. Lesser Sirens completely lack rear legs, and the front legs have four digits. Coloration is variable, but dorsal color is grayish to brown with some dark spots present. Large yellow stripes are present on the sides of the head. Adult Sirens range from around 1 foot to slightly over 2 feet in length, although most Lesser Sirens captured in Indiana have been under 20 in (~180-400 mm).

Little is known about Lesser Siren breeding, but clumps of eggs have been found at the bottom of ponds in Arkansas and clutch size has been estimated to be 200-700 eggs. They presumably attach their eggs to vegetation or other debris. Superficially, Lesser Siren larvae differ very little in appearance from the adults with the exception of some reddish or orange coloration around the head, and some dorsal striping that disappears at a very young age.

The long, slender body and lack of rear legs in this species easily distinguishes it from all other aquatic salamanders and salamander larvae found in Indiana.

Lesser Sirens are primarily a lowland species commonly occurring in floodplains and low-lying wetlands. Though they can be abundant in natural wetlands and sloughs, Lesser Sirens will also utilize artificial habitat such as drainage ditches, constructed ponds, and flooded farm fields. This species has the ability to breath using either lungs or gills and can burrow into the mud and cocoon themselves in mucous to aestivate during dry periods. This behavior allows Lesser Sirens to colonize ephemeral habitats that connect to more permanent bodies of water during flood periods. Isolated ephemeral habitats may be avoided due to the stress that prolonged aestivation has on the animals. Unlike other large aquatic salamanders, Lesser Sirens may reach very high population densities when conditions are optimal; indeed, hundreds of adults have been captured in relatively small wetlands. Lesser Sirens are active year round and can be captured even when wetlands are iced over. They are generally most active during the winter and spring in the south. Lesser Sirens will aestivate underground during hot, dry weather. 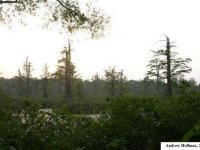 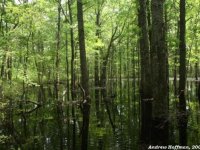 Lesser Sirens feed mainly on small insects and crustaceans such as isopods, amphipods, copepods, and ostracods. Due to their unique head morphology and small gape size they likely use indiscriminate suction feeding, a theory which is reinforced by the regularity with which plant matter is found in their gut. Very little is known about breeding in this species as it has not been observed in this species, but fertilization is presumed to be external. Breeding apparently takes place during winter and early spring and eggs are likely deposited in the spring and early summer. Eggs are deposited in clumps of vegetation in still water habitats such as swamps, sloughs, and flooded lowlands.

Though Lesser Sirens are sometimes found in abundance at sites in Indiana, their distribution remains poorly understood, especially in west-central and north-central Indiana. They are often found in agricultural drainage ditches, sometimes in large numbers and it is likely they adapt well to such modifications. A recent study in southeastern Missouri found that Lesser Sirens were more abundant in some artificial wetland impoundments (moist soil units) than in neighboring forested wetlands. This trend seems to reflect a greater availability of food in the moist soil units.

Lesser Sirens are found throughout the coastal plain of the southeastern United States from North Carolina to Texas and Oklahoma, and northward along the Mississippi and Ohio River floodplains into Illinois and Indiana, with populations extending into southern Michigan (though populations in Michigan may be extirpated).

Lesser Sirens are known from the Ohio, Wabash, and Kankakee River drainages of western Indiana, and from a single locality in the Northern Lakes region (Great Lakes drainage) of northeastern Indiana. Historically, Lesser Sirens may have occurred in wetlands throughout western and north-central Indiana, but recent records are confined to the lowlands of southwestern Indiana and the swamps of northwestern Indiana, with only a few scattered records in between. Their known distribution is patchy throughout the west-central part of the state and may be largely associated with floodplain habitat along the Wabash River.

Lesser Sirens (Siren intermedia) have two recognized subspecies. Populations in Indiana belong to the Western Less Siren (S. i. nettingi). These salamanders belong to the family Sirenidae, which is known from only a small number of species, all in the eastern United States and (barely) in neighboring Mexico. 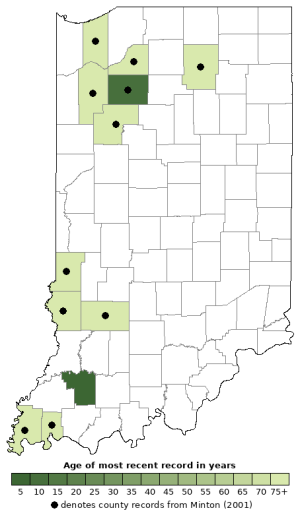 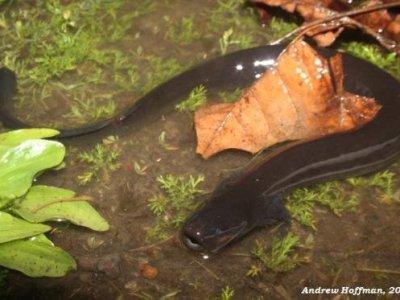 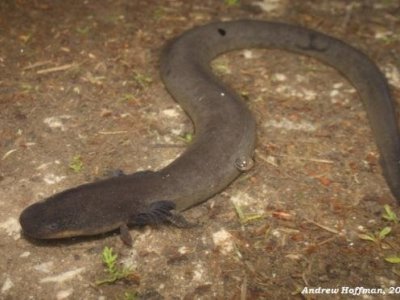 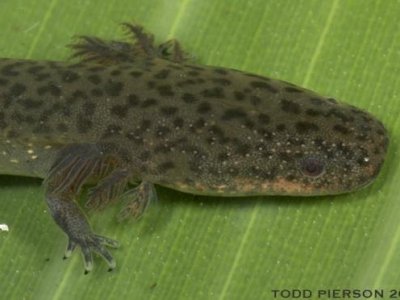