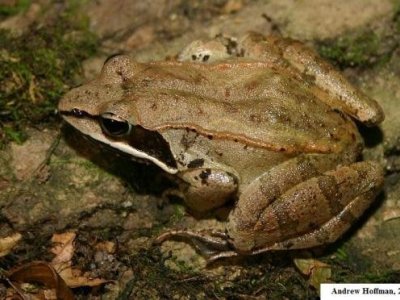 Adult Wood Frogs are brown, medium sized, and have a distinctive dark mask. These frogs also have a dark line or "backpack strap" running from their shoulder under their armpit. Woods Frogs range in color from dark brown to light tan and an individual's color may vary substantially based on the temperature. Dorsolateral folds are present, and ventral coloration is light with some gray mottling. Adults reach lengths of 1.5-2.75 in (35-65 mm) and females are larger than males.

Wood Frogs deposit their eggs in spherical masses and can be attached to vegetation or free-floating. Each egg mass can contain up to three thousand eggs. In a single wetland, all egg masses are usually deposited in a large communal cluster to optimize thermal opportunities. Tadpoles are dark above with golden speckling and often possess a light stripe on the side of the head. Tail fins of tadpoles are nearly transparent. Wood Frog tadpoles reach length of 1.5-2 inches (40-50 mm) before metamorphosis.

This frog can be distinguished from all other frogs in the state by the presence of a dark facial mask and the dark "shoulder strap" marking by its front legs.

The call of the Wood Frog is a quick series of a clucking "chucks" often likened to a quacking duck. Listen to the call courtesy of the Indiana DNR.

Wood Frogs are found in a variety of forested environs from rocky gorges to lowland swampy woods though most Indiana populations are associated with upland mesic forests. Wood Frogs display a distinctive seasonal pattern of habitat use in many areas. Adults inhabit shaded ravines, wet flatwoods, and riparian corridors during the summer months, but return to drier upland sites during the fall. After overwintering in these upland sites, the frogs move to nearby vernal pools to breed during the spring before moving back to their summer habitat. During the hotter parts of the summer these frogs seek cool refuges, often in rock crevices along cliff faces, near caves, and under rocks along streams. 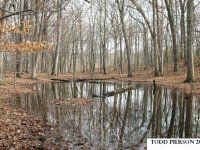 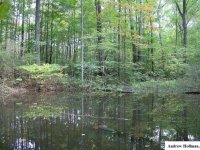 Wood Frogs can be active nearly year round in southern Indiana, but they go into a state of torpor during the colder months and restrict much of their activity to cooler, rainy weather during the heat of summer. During the winter, Wood Frogs remain buried under leaf litter and are able to survive freezing temperatures by using glucose as an anti-freeze of sorts dispersed throughout their body to prevent cellular freezing. Wood Frogs eat a variety of terrestrial invertebrates, and young in particular feed heavily on aquatic invertebrates.

During the early spring, Wood Frogs move in large numbers to fishless vernal pools where breeding takes place. Wood Frogs are one of the best examples of an explosive breeder as hundreds of these frogs will gather for just a few days to breed every spring. During this time period, the frogs will call and lay eggs both day and night (though most activity is nocturnal). The calling males are so intent on breeding that it is not uncommon to see a male Wood Frog attempting to mate with a spotted salamander or another frog species. Once a male successfully finds and grabs on to a female, she will deposit her eggs as he fertilizes them externally. The eggs hatch within one to three weeks and it may take a couple months for larvae to mature and transform. Juveniles may return to their natal ponds once they matured or they may disperse to different breeding sites. Once they've chosen a breeding site, adults will almost always return to the same pool to breed annually.

Wood Frogs are the quintessential harbingers of spring and breeding takes place following the first mild, March and April rains. In southern Indiana, the first breeding movements may happen quite early (late February/early March) while they occur later northern Indiana (late March/early April). Wood Frog breeding is explosive and may last only a few nights in a given year, though the timing and length of their breeding season is weather dependent.

Though Wood Frog are dependent on ephemeral, fishless wetlands for breeding, they seem to be common throughout most of Indiana where forested areas are present and no immediate major conservation threats are known. In large forests where timber harvesting is common, clear-cutting practices may reduce available Wood Frog habitat and one study suggested that 100 m forested buffers should be established around potential breeding pools.

The Wood Frog is a northern species found throughout much of Canada and the northeastern United States. Their range extends south into the Great Lakes region, down to Tennessee and northern Georgia with isolated populations in Alabama, Missouri, Arkansas, and the central Rocky Mountains. Wood Frogs can be found throughout Indiana, but are absent from the northwestern sand prairie region. They are locally abundant where mature forests and vernal pools are present, but are unlikely to be found outside of such habitat.

There are no recognized subspecies of the Wood Frog (Rana sylvatica). Frost et al. (2006) recommended placing these frogs in the genus Lithobates, but other authors argue against this, instead suggesting the recognition of subgenera within the monophyletic Rana (e.g., Pauley et al. 2009; Yuan et al. 2016). Wood Frogs belong to the family Ranidae, which is diverse and widespread worldwide and includes eight species of frogs in Indiana. 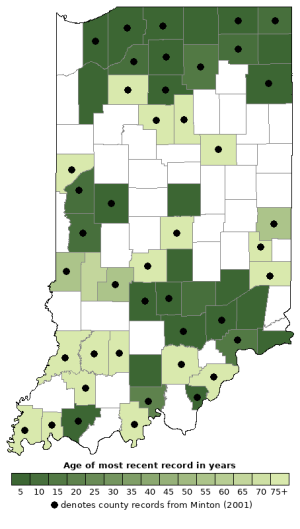 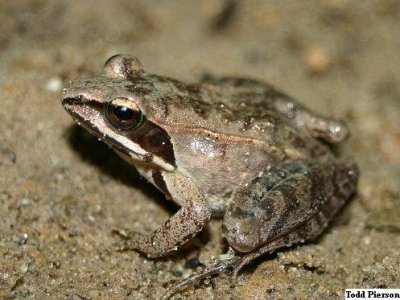 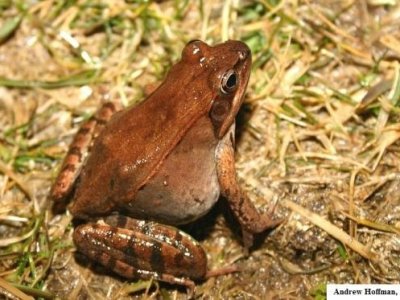 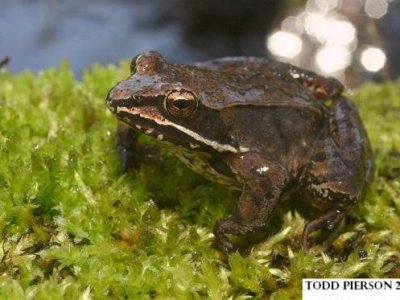 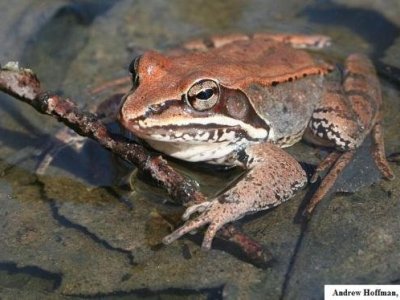 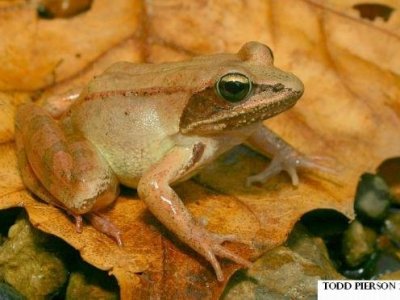 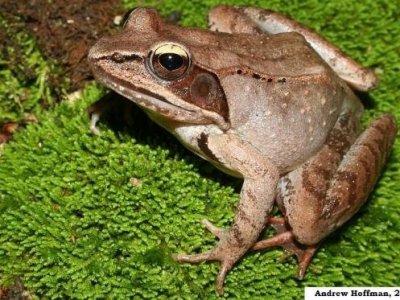 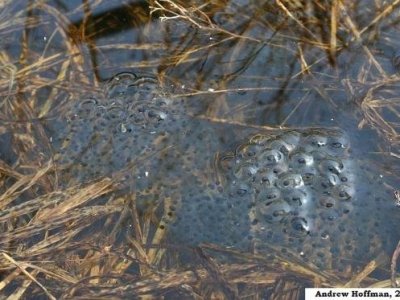 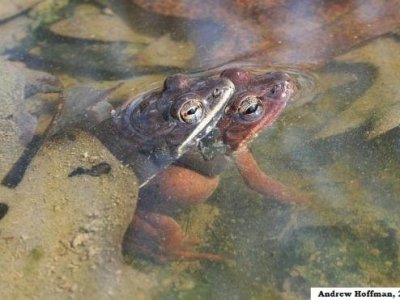 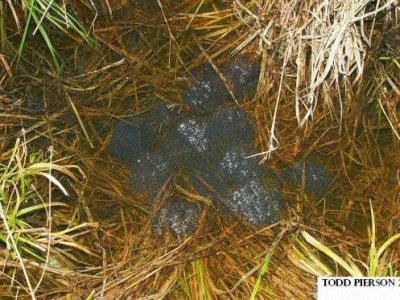 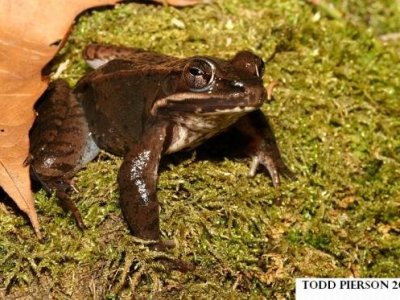 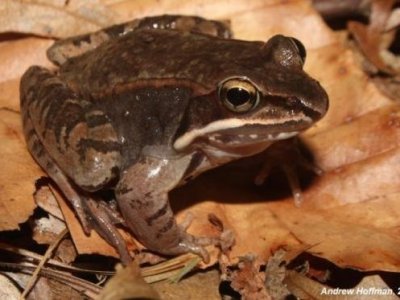 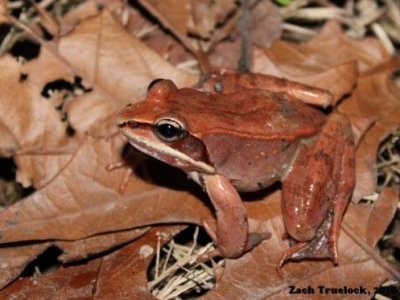 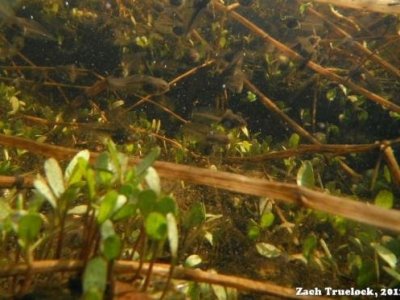 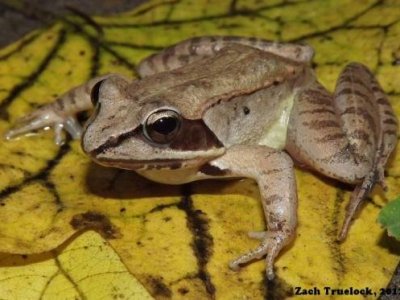 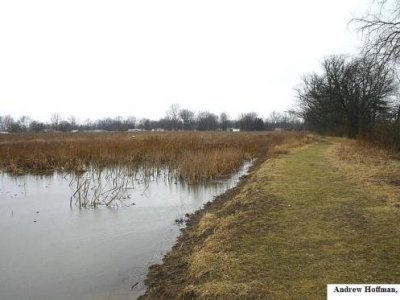 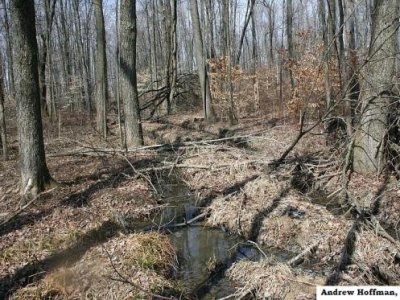 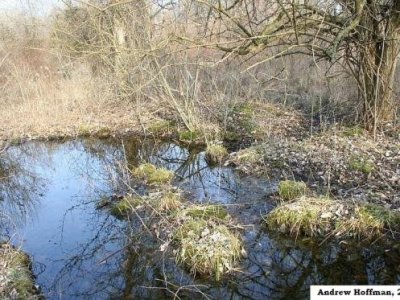 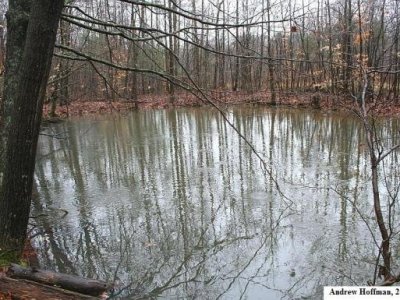 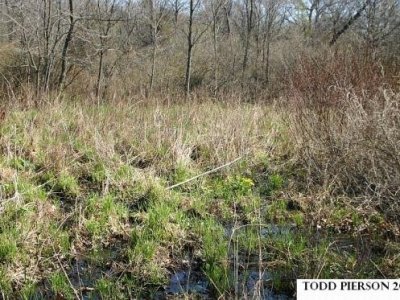 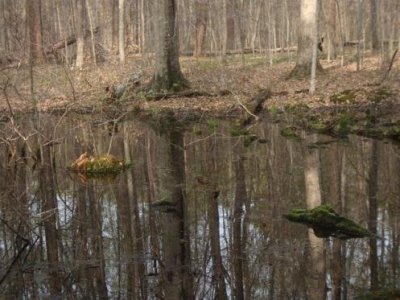 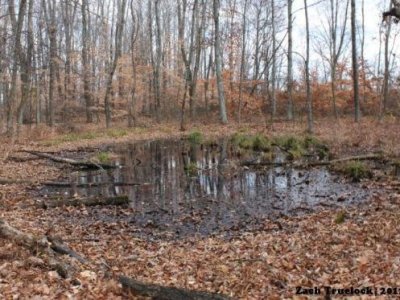 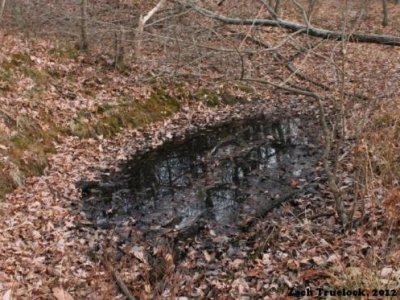 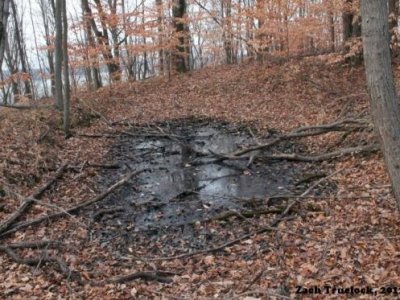 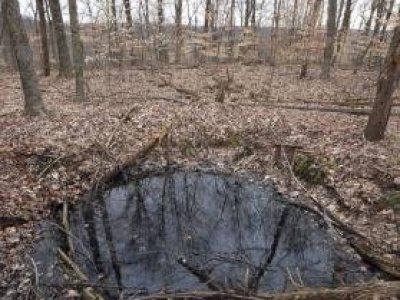