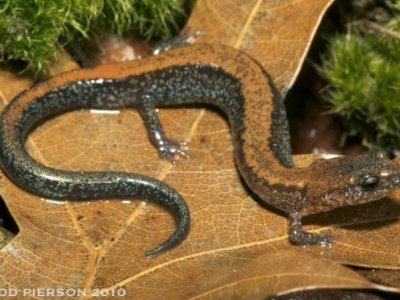 Adults of this species are small, short-legged salamanders, typically with a wide red dorsal stripe. Eastern Red-Backed Salamanders have a basic dorsal coloration of dark gray to black with some lighter speckling. The striped version of this animal has a wide red stripe covering part of the head, the entire dorsum, and most of the tail. An unstriped version is also common in many areas. This version of the Eastern Red-Backed Salamander lacks the red stripe; instead, the dark coloration with light speckling covers the entire dorsum. Ventral coloration is mottled gray and black with a lighter chin and throat. A third, much less common, version has been described from some areas in southeastern Indiana. Its dorsum is completely red or orange, and it has a lighter belly than the others of its species. Adult Eastern Red-Backed Salamanders can reach total lengths of 3-4.5 inches. 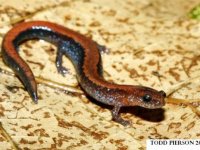 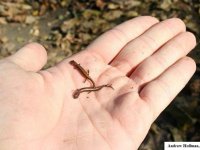 Eastern Red-Backed Salamanders lay their eggs in clusters within logs or other natural cavities. They are often suspended from the roof of these cavities, and the female remains with them until hatching. Eggs are a white or yellowish color at the time of laying. Average clutch sizes are 3-14 eggs. Hatchlings and young Red-Backed Salamanders look similar to adults, with a smaller tail relative to body size.

The Northern Zigzag Salamander (Plethodon dorsalis) is very morphologically similar to the Eastern Red-Backed Salamander, but has a jagged dorsal stripe (when present) and orange coloration around the axila ("armpits"). These species are sympatric (occur side by side) throughout much of south-central and western Indiana. The Northern Ravine Salamander (Plethodon electromorphus) is also very similar, but always lacks a dorsal stripe and has a dark chin (where this species has a light, "salt-and-pepper" chin). These species are sympatric throughout southeastern and east-central Indiana. The Northern Dusky Salamander (Desmognathus fuscus) is much more robust and generally brownish in coloration with a light line running from its eyes to its jaw. These species are sympatric throughout southeastern and east-central Indiana, but dusky salamanders tend to be found primarily around springs and seepages. 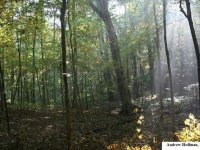 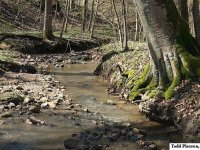 Breeding lasts from fall to early spring for Eastern Red-Backed Salamanders, though autumn seems to be the preferred time. Nesting takes place from late spring to late summer in the Midwest. After a series of courtship behavior, the male drops a spermatophore, which the female soon picks up. Breeding is reported as annual in some places and every-other-year in others.

This is the most widespread and abundant salamander in the state and no immediate conservation concerns are known.

This species is found throughout the Great Lakes Region west into northeastern Wisconsin and eastern Illinois, northeast into Maine, and southeast to North Carolina. Eastern Red-Backed Salamanders can be found throughout Indiana, excluding the northwestern sand prairie region.

The Eastern Red-Backed Salamander (Plethodon cinereus) has no recognized subspecies. It belongs to the family Plethodontidae, which is the world's most diverse family of salamanders. 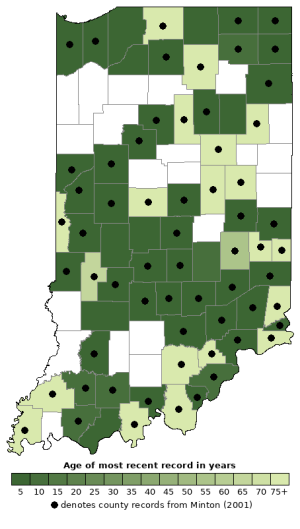 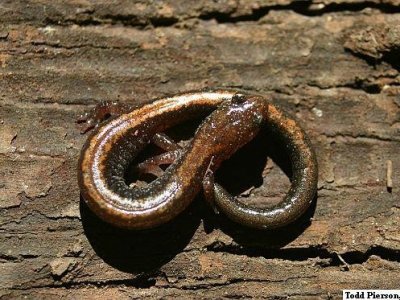 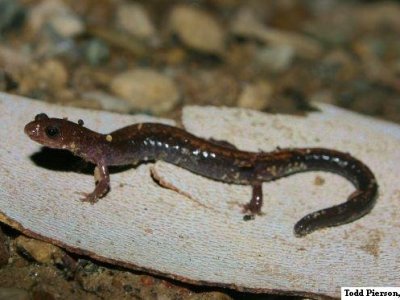 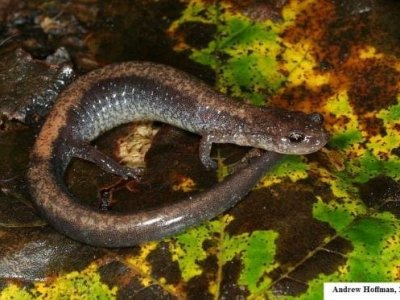 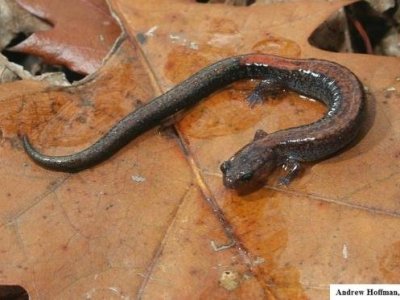 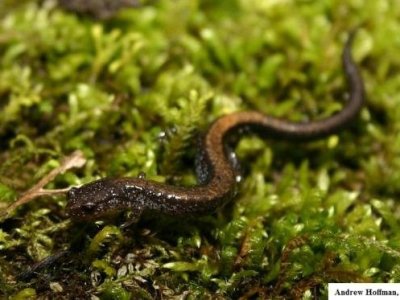 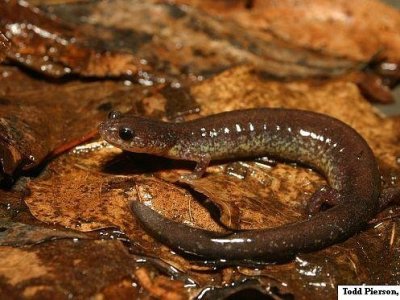 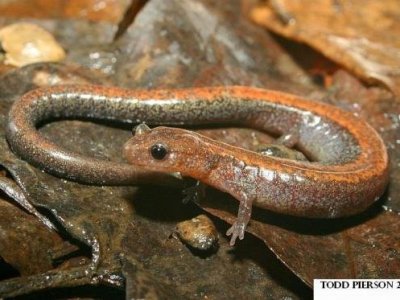 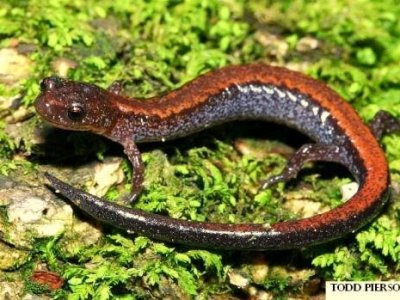 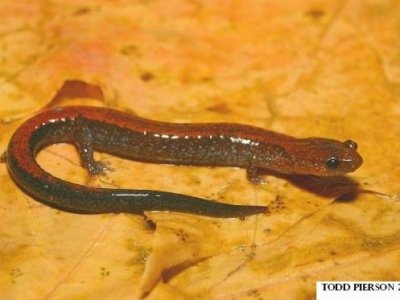 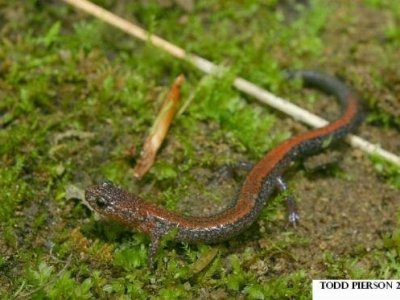 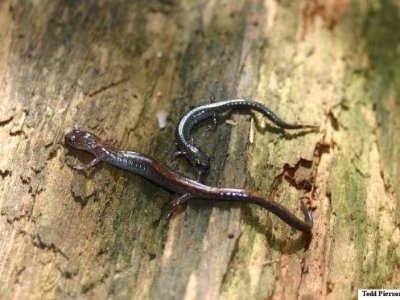 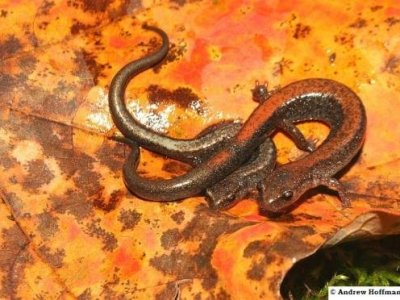 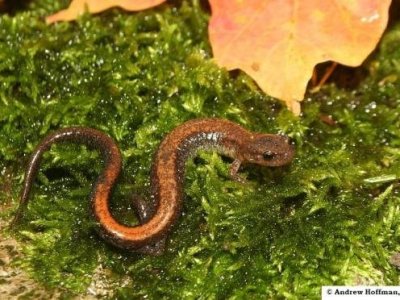 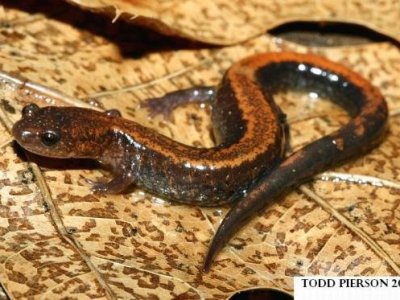 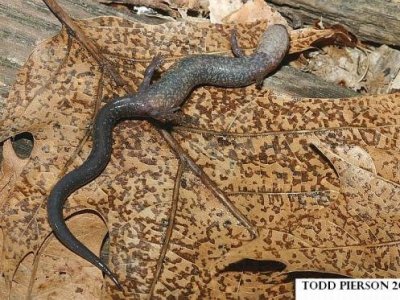 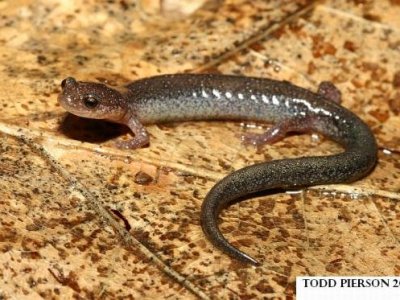 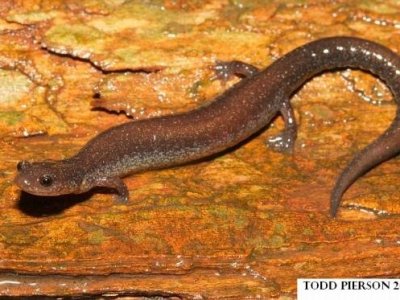 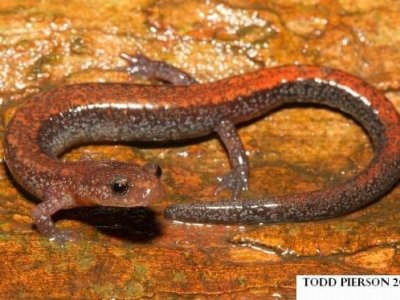 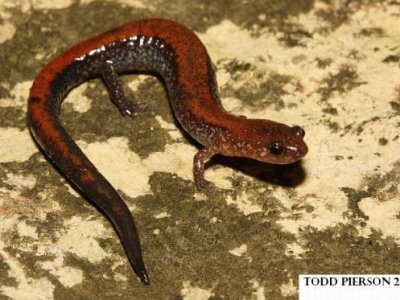 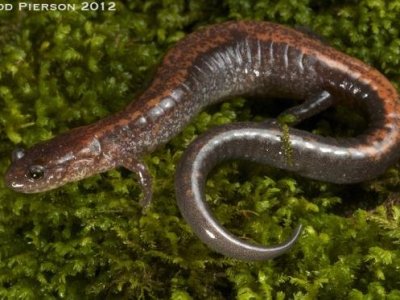 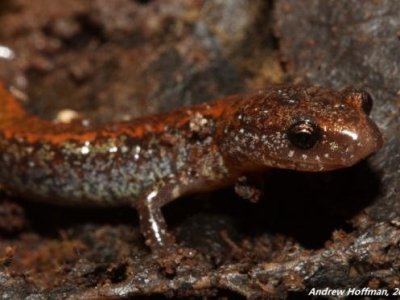 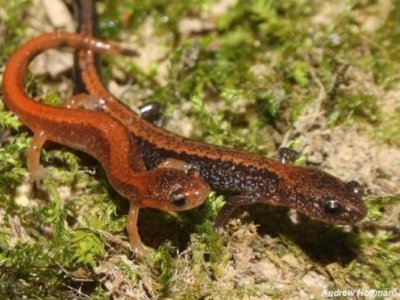 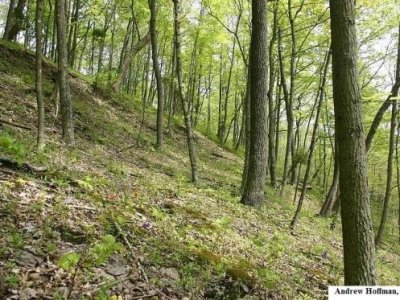