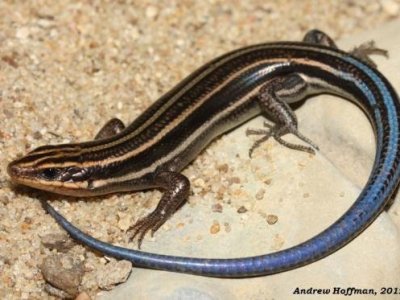 This is the most widespread lizard in Indiana and easily the most frequently encountered. Oddly enough, these skinks are familiar to most people only by their juvenile coloration. Juveniles are black with bright white-yellow stripes and a vibrant blue tail which serves as a lure. This tail has earned this skink, and its close relatives, the misnomer "blue-tailed skink" across much of North America. Adult Five-Lined Skinks lose this vibrant coloration in favor of a more cryptic gray-brown background color and faded dark stripes. Males in breeding condition have slightly enlarged red heads. Five-Lined Skinks grow to around six to eight inches (15 - 20 cm) from nose to tail tip, but the blue-tailed juveniles are much smaller. 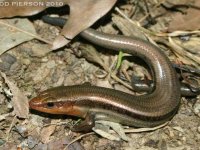 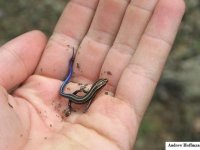 Though there is a similar skink in Indiana that is virtually identical in some life stages to the Five-Lined Skink, it is first worth mentioning that many people confuse skinks with salamanders due to their similar form and shiny appearance. Though the presence of scales, claws, and eyelids is a quick way to separate these reptiles from salamanders (which are amphibians), the differences in behavior and activity pattern are also quite stark. Most people encounter skinks climbing on buildings or skittering across the forest floor, in broad daylight during the warmer months. Skinks, like many other reptiles, are sun-loving creatures that thrive in warm and dry conditions and are inactive in cool and cloudy weather. Salamanders, on the other hand, are predominantly active in spring, fall, and even winter when conditions are cool and wet. Salamanders are frequently active on cool, rainy nights during the spring but otherwise seek cover under rocks, logs, or underground. Lizards and salamanders are so different that it would not be hyperbole to say that the conditions in which one thrives, might be fatal to the other.

The Broad-Headed Skink is a larger species, restricted to the forested hills of southern and west-central Indiana. Immature individuals are nearly identical, and juveniles of both species have bright blue tails. Adult Broad-Headed Skinks grow to nearly twice the size of this species and breeding males have much more dramatically large red heads. To positively identify any individual under eight inches (20 cm) long, you must count the scales just above the mouth. Five-Lined Skinks have four scales between the eye and the nose while Broad-Headed Skinks have five.

A woodland reptile, the Five-Lined Skink can tolerate shady or moist conditions, and can be found in swampy forests, ravines, and at the margins of bodies of water. They can also be found in drier areas such as rocky hillsides where they live under rocks, stumps or wood piles. Five-Lined Skinks can benefit from selective logging operations, but the outright clearing of woodlands causes population declines. 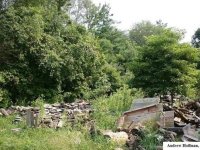 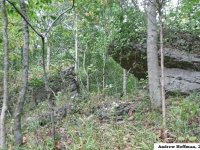 The Five-Lined Skink is listed as a species of Special Concern in Minnesota.

The Five-Lined Skink ranges naturally from the western edge of New England to adjacent New York, southeastern Ontario, Michigan’s lower peninsula, eastern and southern Wisconsin, eastern Iowa and Kansas, south through the Gulf Coast in eastern Texas, and through northern Florida. Most Five-Lined Skink populations are fragmented. In the Midwest, this species lives in all eight states.

Though this lizard is found throughout Indiana, it is much more abundant in the southern half of the state. They are a forest-dwelling species, but their need for sun often pushes them toward forest openings and edges. Their occurrence is sporadic in central and northern Indiana where they are sometimes most abundant around old buildings and other sunny structures that are forest-adjacent.

The generic taxonomy of skinks is muddled and contentious. For many years, these skinks were recognized in the genus Eumeces. Schmitz et al. (2002) showed that this genus was paraphyletic, and Smith (2005) suggested using the available name Plestiodon for most North American species. No subspecies of the Five-Lined Skink are currently recognized. These lizards belong to the family Scincidae, which is represented in Indiana by a total of three species.

Smith, H. M. 2005. Plestiodon: a replacement name for most members of the genus Eumeces in North America. Journal of Kansas Herpetology 14:15-16. 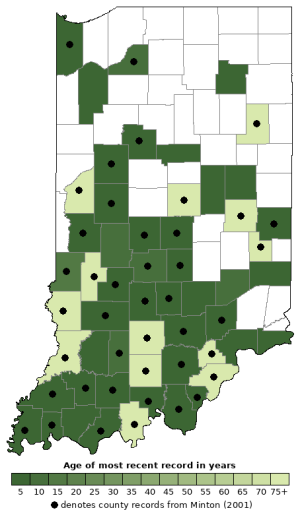 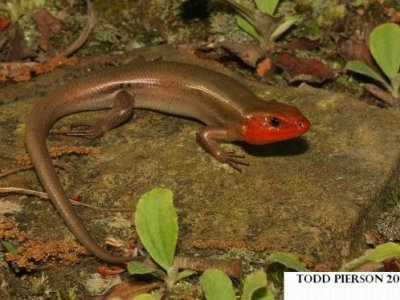 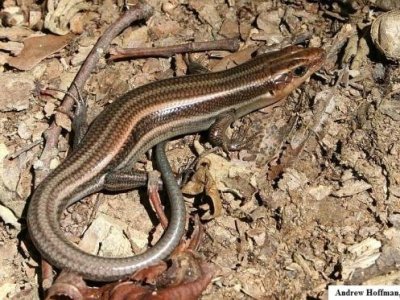 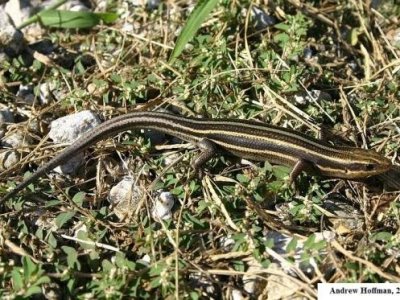 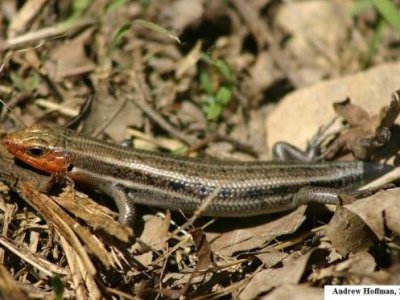