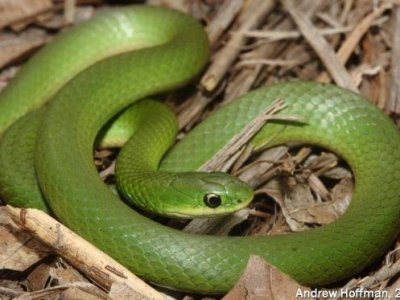 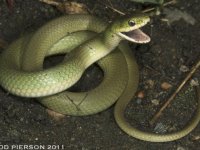 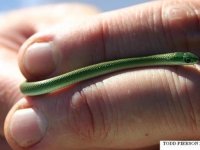 Like its southern counterpart, the Rought Greensnake the bright green color of this snake is unique. While Rough Greensnakes are found throughout much of southern Indiana, this species is restricted to the northwestern corner of the state.

The Smooth Greensnake dwells in wet prairies and is now restricted to the prairie remnants in the northwest counties. Similar to the Rough Greensnake, its diet consists almost entirely of insects and spiders. This snake is listed as an endangered species because it has lost most of its natural prairie habitat and is subjected to the direct and indirect toxic effects of insecticides from the prey it ingests. They are listed as endangered in Indiana. 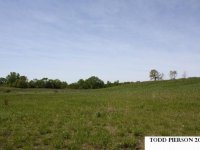 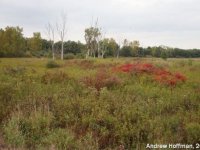 Smooth Greensnakes are found in northwestern Indiana, where they inhabit remnant prairie and oak savanna habitat. Given that these habitats have been much reduced by human encroachment, Smooth Greensnakes are now rare in the state and occur in the few remaining prairie patches, along railroad right of ways, and in old fields and abandoned lots. 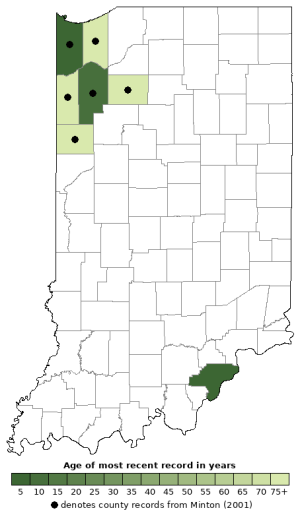 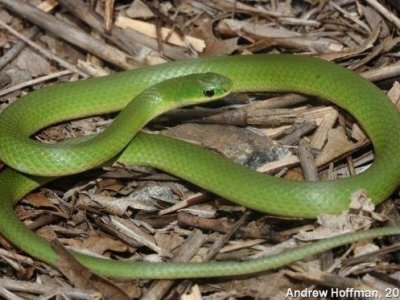 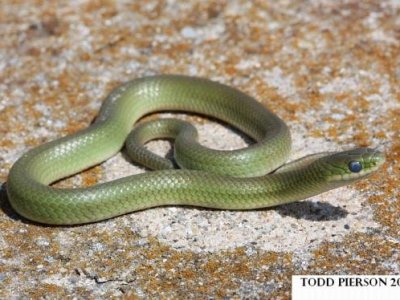 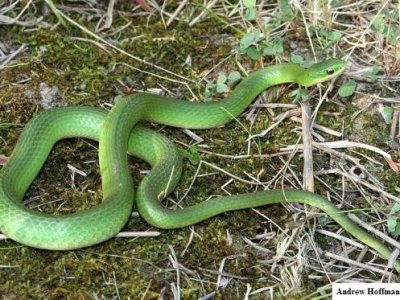 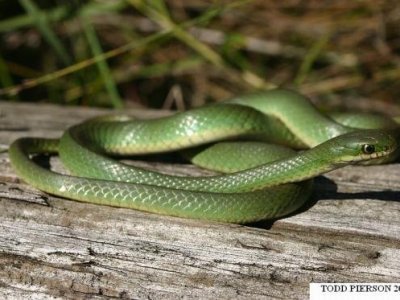