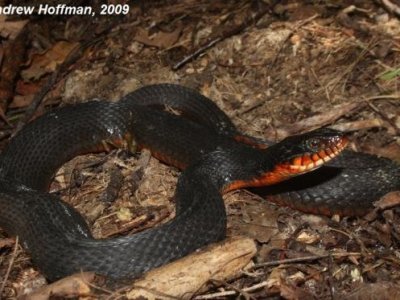 This distinctive watersnake is unique for its jet black dorsal color and bright, red-orange "copper" belly. Though other heavy-bodied snakes may appear dark or black from above, no other large Indiana snake has such a colorful underbelly. Juveniles are markedly less distinctive and are light gray-brown with darker bands. Though neonates have a tinge of orange-brown coloration between their bands and on their underside, the brilliant orange belly does not develop until later in life. This is a large, heavy-bodied snake with adult females routinely exceeding four feet (1.2 m) in length and some individuals over five feet (1.5 m) long. 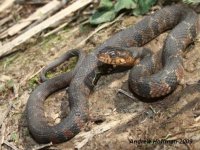 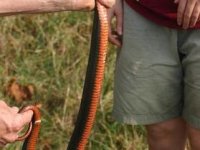 Copperbellies are associated with shallow open wetlands. Wetland types frequented by these snakes include shrub swamps, emergent wetlands, and floodplain forests. Copperbellies typically forage in extremely shallow water, in the order of 5-10cm, or even less. Copperbellies forage opportunistically on small amphibians and fish, but appear to favor adult and larval frogs (tadpoles). Copperbellies typically hibernate in crayfish burrows in areas that may be prone to spring flooding. Copperbellies exhibit fidelity to hibernation areas year after year, though not necessarily to particular burrows. 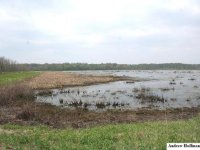 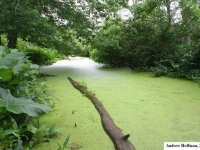 The copperbelly is listed as Endangered by the states of Indiana, Michigan, and Ohio, and conferred special legal protection in Illinois and Kentucky. The copperbelly is also listed as Threatened at the Federal level by the United States Fish and Wildlife Service (USFWS) above the 40 Parallel, which means that only the disjunct northeastern populations are Federally listed. South of the 40th Parallel, copperbellies have been protected by the Copperbelly Water Snake Conservation Agreement, formed in early 1997. The “Agreement” was intended to preclude the need to list the snake by removing threats to its existence through cooperation of interested parties, both public and private.

Copperbelly populations are in decline across their range largely as a result of habitat destruction and fragmentation. Hibernation sites are particularly important to protect. Capture in the field for use in the pet trade is a secondary threat to this species.

The variant (subspecies) of Plain-Bellied Watersnake found in Indiana is known as the Copper-Bellied Watersnake and is peculiar in that a sub-population within this subspecies is federally threatened. Copper-Bellied Watersnakes in northeastern Indiana, and adjacent Michigan and Ohio, are rare following dramatic declines during the latter half of the twentieth century and, as a result, are protected. The next nearest population is found in the swampy bottomlands of the Muscatatuck lowlands in southeastern Indiana, where the snakes are abundant and have no federal protection. These snakes are also common along the lower Wabash and Ohio Rivers in the swamplands of southwestern Indiana. Here, some individuals have much paler bellies and are more similar to the yellow-bellied variant to the south. Across all three areas where these snakes occur in Indiana, they share the commonality of being strictly wetland-associated snakes that feed almost entirely on amphibians. As a result, they make frequent long-distance movements overland between isolated, often ephemeral wetlands.

Some scientists recognize multiple subspecies of the Plain-Bellied Watersnake (Nerodia erythrogaster), but Makowsky et al. (2010) argue against this practice. Under the earlier taxonomy, Indiana's populations were assigned to the Copper-Bellied Watersnake (N. e. neglecta). These snakes are members of the family Colubridae, which is represented by a total of 28 species in Indiana. 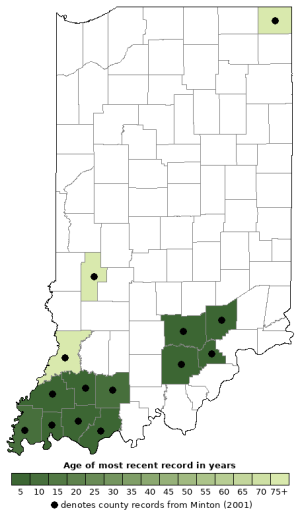 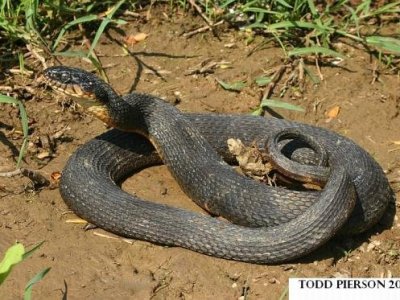 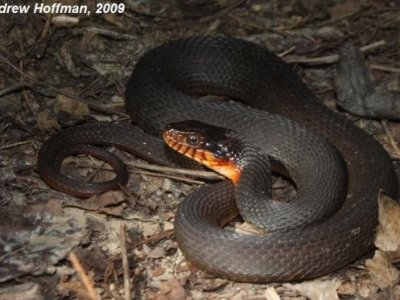 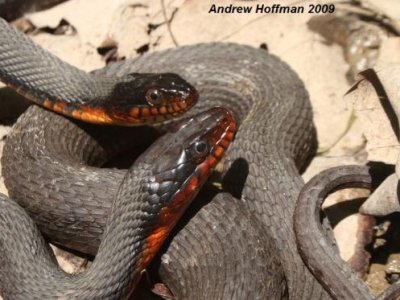 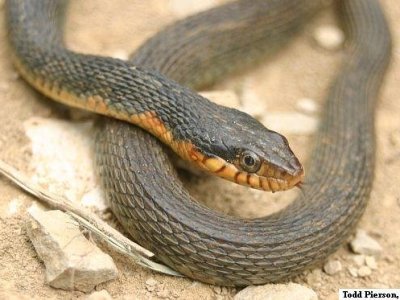 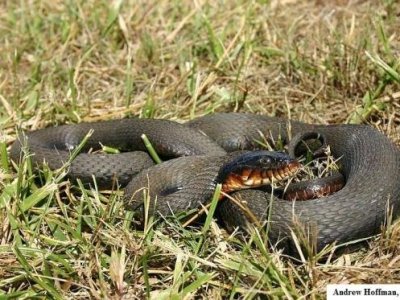 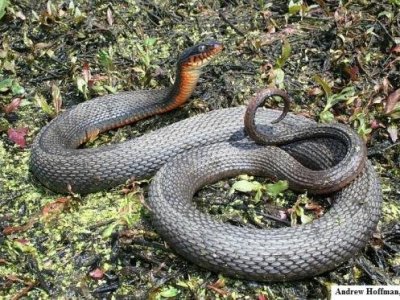 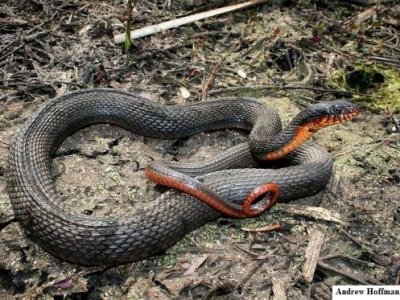 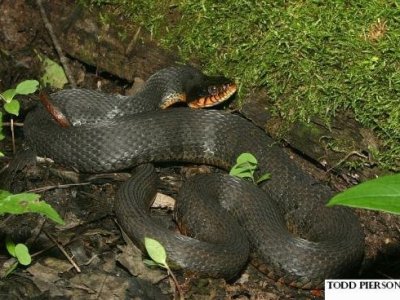 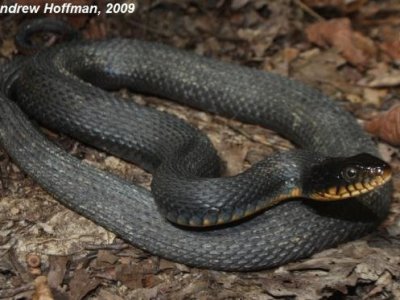 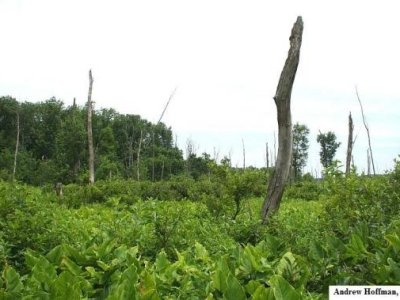 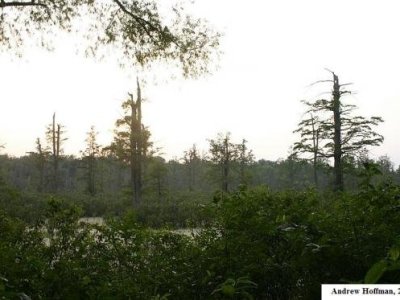