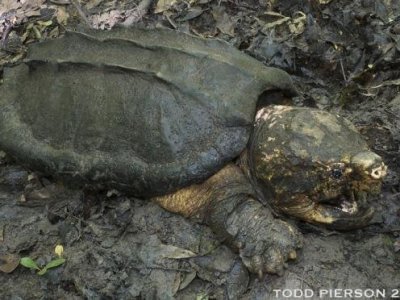 This is the largest freshwater turtle in North America and is among the heaviest freshwater turtles in the world. Though once found in the depths of southern Indiana's largest rivers, they are now likely extirpated in Indiana. These turtles are almost wholly aquatic and any turtle found moving over land is almost certainly not this species. Alligator Snapping Turtles have large heads and jaws, a long spiny tail, and a broad carapace with three raised, parallel ridges. Large adults may grow to over 150 lbs with shells up to 25 in (60 cm) across.

Alligator Snapping Turtles are massive and have been documented as weighing in at well over 200 pounds, with a shell length of 79cm (31 in) and heads as large as 24 cm (9.5 in)! They are highly aquatic and prefer large slow-flowing streams or tributaries with large holes and mud at the bottom. They can also be found in canals, lakes, oxbows, swamps, ponds and bayous. 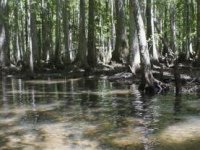 Alligator Snapping Turtles are known from the lower Wabash and Ohio Rivers from historic written and oral accounts as well as old, bleached shells and shell fragments found in the area. They may have been more widespread at one time, but presumed sharp population declines coupled with the scarcity of incidental encounters with such an aquatic animal make understanding their historic population trends impossible. A more recent record for a large adult in the White River likely represent either an escaped/released captive animal or a very old adult that gradually made its way upstream from populations further south. In all likelihood, this species is either extirpated or functionally extirpated (no breeding population, just a few old adults) in rivers in Indiana. The species is also found in Iowa. 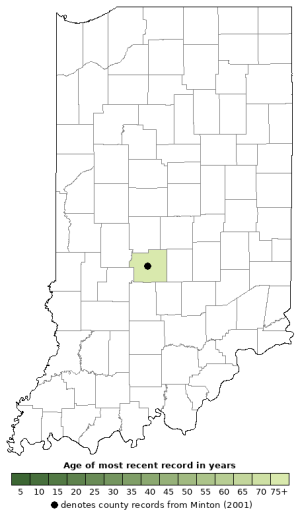