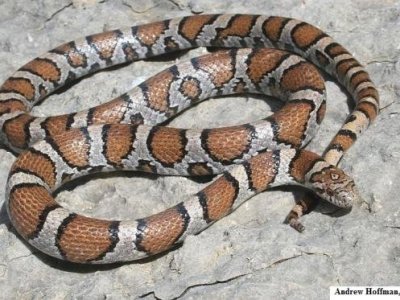 In western Indiana, Prairie Kingsnakes can be difficult to differentiate from this species, but they tend to be more robust with less vibrant/distinct coloration. In northwestern Indiana, Eastern Foxsnakes are similar, but have slightly keeled scales and a more distinct head/neck. Northern Watersnakes are superficially similar, but have strongly keeled scales and lack patterning on their head.

Eastern Milksnakes are found throughout Indiana but are only locally abundant. They are most common where prey populations (primarily rodents and lizards) are abundant and are commonly found under boards, sheet metal, and other debris around farms, junkyards, and in old fields. They may be found in dense forests and in open grasslands, but prefer edge habitat. 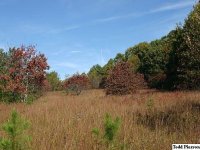 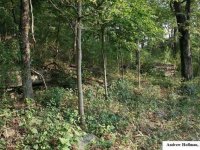 Indiana's milksnakes were once recognized as one of two subspecies--the Red Milksnake (L. t. syspila) or the Eastern Milksnake (L. t. triangulum) of the more widespread L. triangulum. However, Ruane et al. (2014) reorganized the taxonomy of this group and described several new species, recognizing all of Indiana's milksnakes as Eastern Milksnakes (L. triangulum) without a subspecific designation. These snakes are members of the family Colubridae, which is represented by a total of 28 species in Indiana. 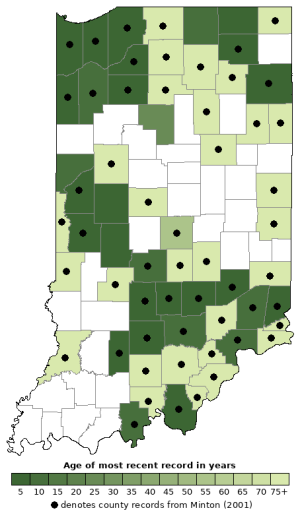 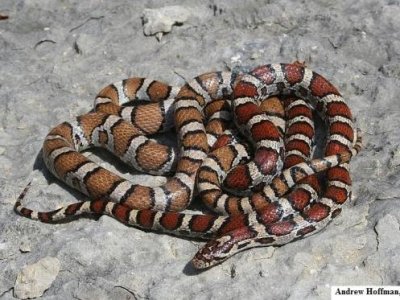 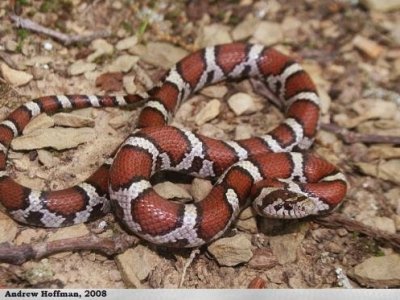 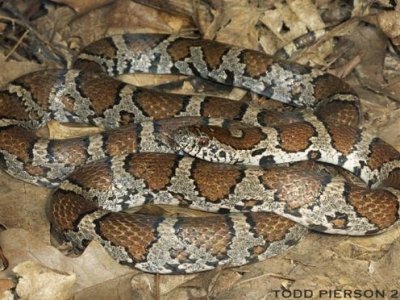 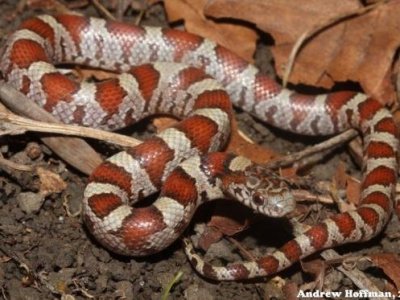 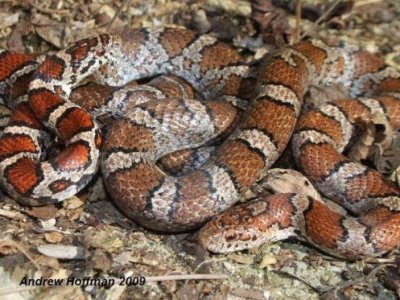 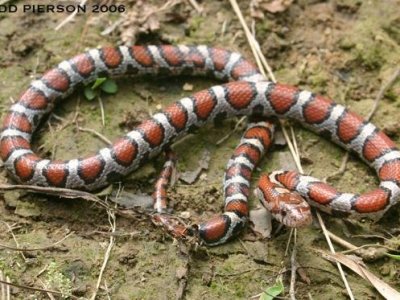 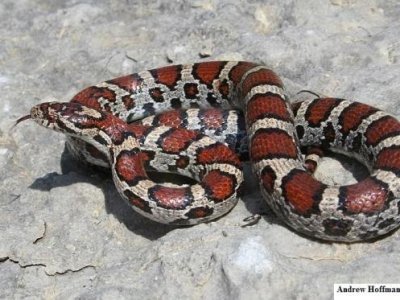 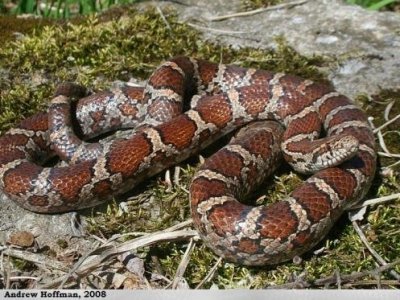 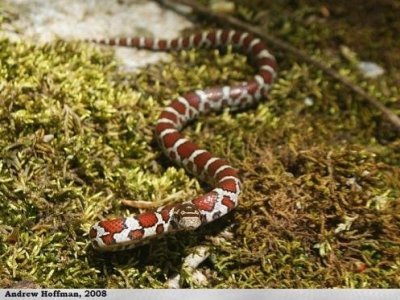 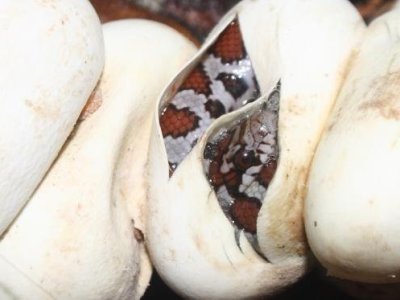 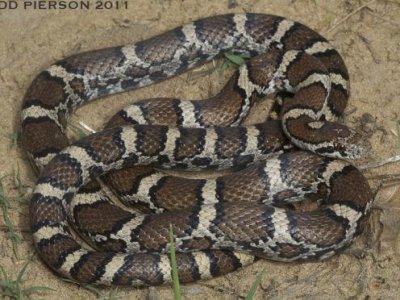 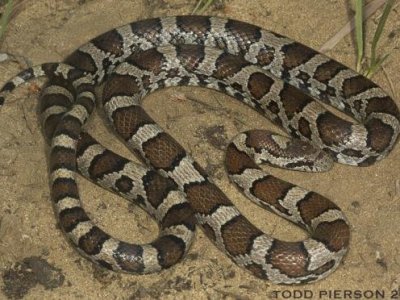 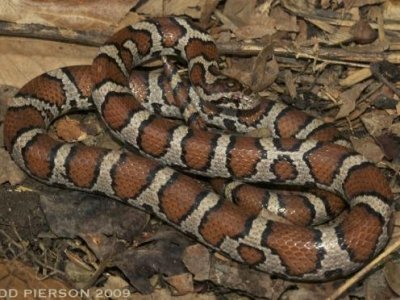 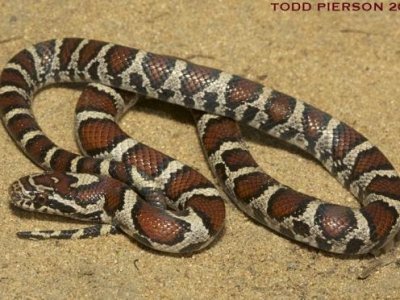 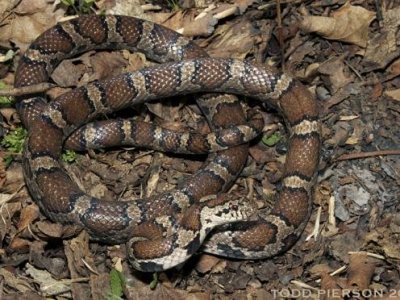 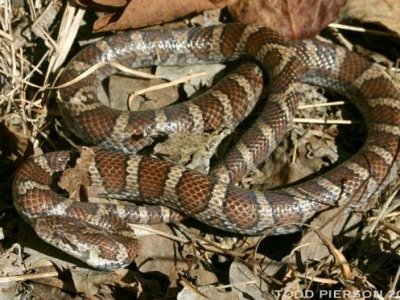 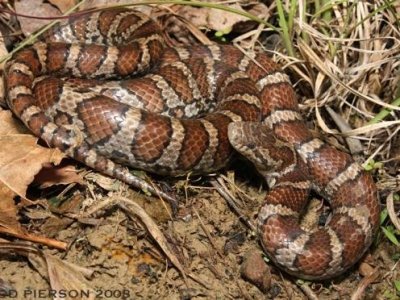 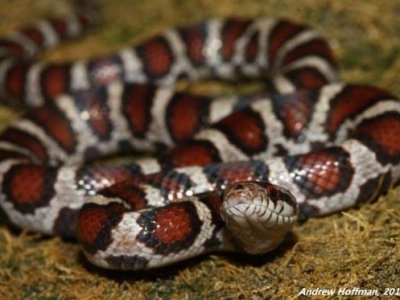