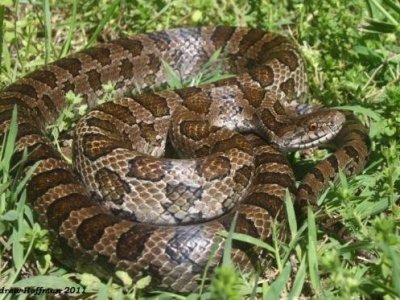 Prairie Kingsnakes are quite similar to other blotched snakes in the state, but have a unique defensive behavior that can help in identifying them. When threatened, these snakes will sometimes exhibit peculiar twitchy head movements. These sporadic, jerky head movements often precede a bluff strike. This head twitching behavior is shared only by Massasaugas in Indiana, a snake that no longer occurs alongside this species in the state. Most adult Prairie Kingsnakes in Indiana are dark gray or brown with darker brown blotches down the back and sides. Juveniles are similar in appearance with a lighter background color and richer red-brown blotches that, in some snakes, remain vibrant into adulthood. Adult Prairie Kingsnakes grow to lengths of two to three feet (60 - 90 cm) or slightly longer. 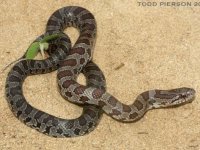 The closely related Eastern Milksnake has almost identical patterning and can exhibit similar coloration. However, Eastern Milksnakes are more slender and have a more distinct head and neck. Prairie kingsnakes, by and large, are darker, duskier-colored snakes with narrower black borders around each dorsal blotch. Northern Watersnakes are somewhat similar, but have heavily keeled scales and lack distinctive patterning on their head.

Formerly an exclusive prairie-dweller, the Prairie Kingsnake can also be found in abandoned fields and other grassy areas in western Indiana. The Prairie Kingsnake's diet consists mostly of small mammals, frogs, birds and eggs. This snake plays an important role in curbing the rodent pest population. This is a species of the Great Plains that occurs, primarily, in the western part of Indiana, in areas that were, historically, a patchwork of grasslands and prairies. They are not found, however, in the sand prairies of northwestern Indiana. They inhabit old fields, remnant prairies, and even agricultural landscapes where they are often encountered around old structures that provide shelter for the snakes and their rodent prey (such as barns and piles of sheet metal). A small population also exists in Harrison County where the snakes are associated with pastures, hay fields, and glades.

Until recently, the Prairie Kingsnake was described as a subspecies (L. c. calligaster) of the more widespread Yellow-bellied Kingsnake (L. calligaster), which also consisted of two other subspecies. McKelvy and Burbrink (2017) recommended the recognition of each of these lineages as distinct species. These snakes are members of the family Colubridae, which is represented by a total of 28 species in Indiana. 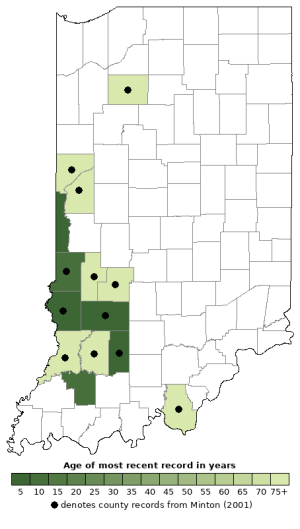 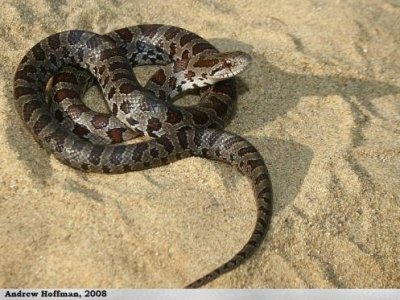 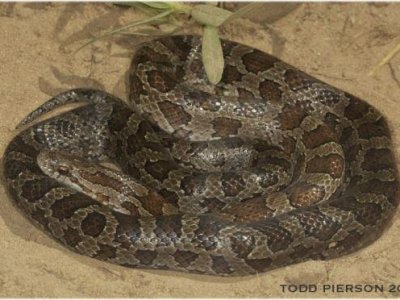 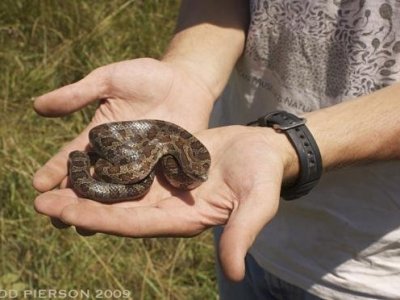