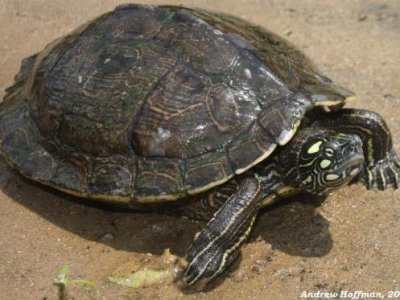 There is debate over the classification of this turtle, and it is referred to as both Graptemys ouachitensis and Graptemys pseudogeographica ouachitensis (a subspecies of the False Map Turtle) in the scientific community. Regardless of its classification, the turtle has a brown to olive oval carapace that is patterned with light yellowish markings and dark borders. This coloration is prominent when young, but tends to fade with age. The keel is low and there are serrated edges at the back of the carapace. The head of the Ouachita Map Turtle is narrow and it lacks a protruding nose. The skin is olive to brown or blackish with narrow yellowish stripes on the legs, tail, chin, and neck. A variable shaped marking may also appear behind the eye. In addition, one to nine neck stripes may reach the eye. Light bars adorn the underside of the chin, and two large light spots may appear on each side of the face, one under the eye and one on the lower jaw. 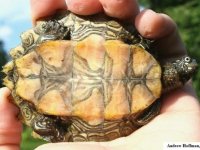 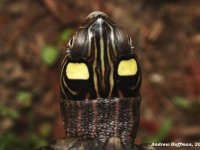 The Ouachita Map Turtle is a good swimmer and prefers rivers and large creeks with moderate current. The presence of aquatic vegetation, as well as snags or floating logs for basking or hiding is also important to this species. In addition to being comfortable in deep and swift water, Ouachita Map Turtles may also be found in oxbow lakes and sloughs. They are usually absent from lakes, ponds, and small streams. 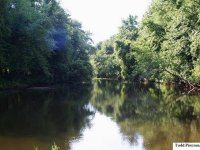 A variety of threats face this species, including nest destruction by animals and insects, drowning in gill nets, and being shot. False Map Turtles, much like Red-eared Sliders, have also been collected for the pet trade industry.

The Ouachita Map Turtle ranges from Texas and Louisiana, north through eastern Kansas and eastern Kentucky, through central Missouri and north along the Mississippi River to southern Wisconsin and northern Iowa, and east along the Ohio River to eastern Indiana. There are also isolated colonies south-central Ohio. In the Midwest, this species is found in every state except Michigan and Minnesota. 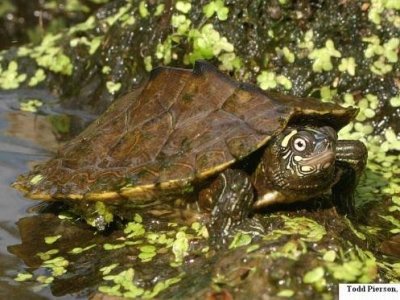