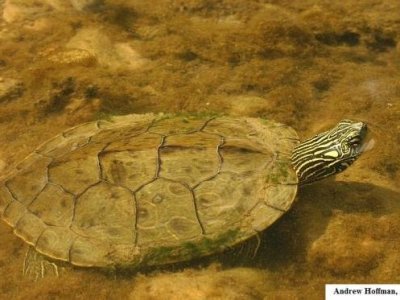 Named for their appearance, Northern Map Turtles possess a pattern on their carapace that resembles an intricate map of waterways. The pattern consists of yellowish or orange-ish lines with dark boarders. While the pattern is generally very prominent, it may be dark and faded on adults. The upper surface of the carapace also features low, rolling vertebral keels. In juveniles the keels are more prominent. The head, neck and limbs are dark olive, brown or black in coloration and are highlighted with thin yellow, green or orange-ish stripes. Behind the eye there is often a small oval or triangular light spot. Adult female Northern Map Turtles are larger than males and have a broader head. Males, in contrast, possess longer tails. 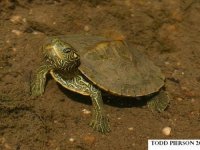 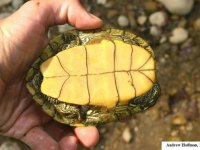 Optimum habitat for the Northern Map Turtle includes large creeks with slow to moderate currents, complete with pools and riffles, a soft to gravel bottom, and aquatic vegetation. Northern Map Turtles are also found in lakes, rivers, reservoirs, sloughs, marshes and bays. Feeding only occurs while they are in the water, but they are often observed basking in large groups on logs.

Population declines have occurred as a result of the pollution of waterways and also from damage or destruction to suitable nesting sites. In lakes, Northern Map Turtles can be injured or killed by boat propellers, and fish hooks. Unfortunately, turtles are also sometimes used as targets for firearms whilst basking.

Northern Map Turtles are distributed across much of the Midwest from the northern portion of Michigan’s Lower Peninsula, east to northwestern Vermont through southern Ontario, west to central Minnesota and south to southern Arkansas and southwestern Georgia. Isolated populations also survive in Pennsylvania, northwest New Jersey, and southern New York. In the Midwest, the species survives in all eight states.

There are no recognized subspecies of the Northern Map Turtle. These turtles belong to the family Emydidae, which is represented in Indiana by a total of ten species. 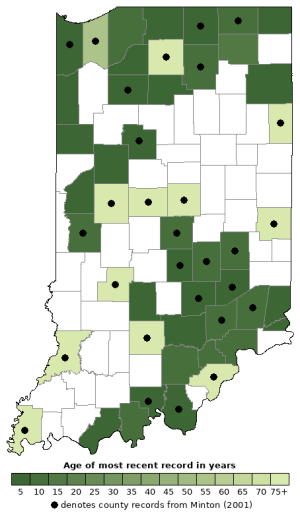 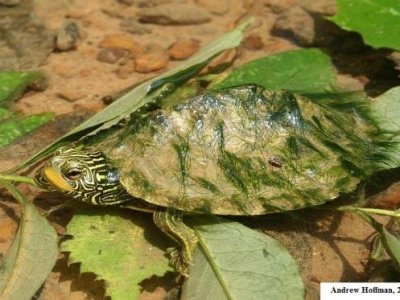 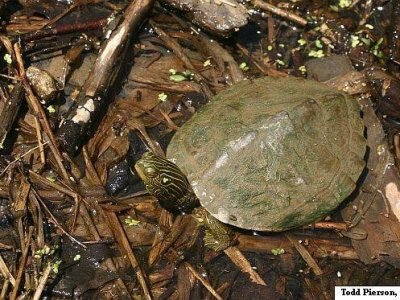 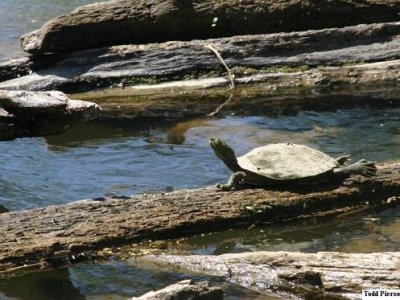 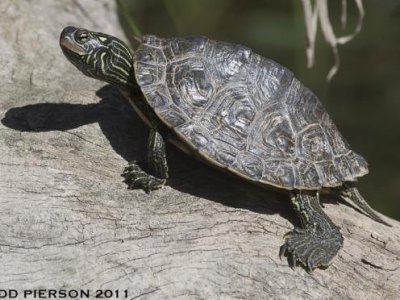 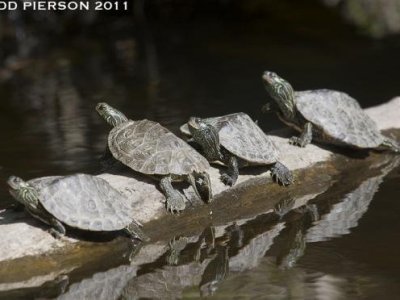 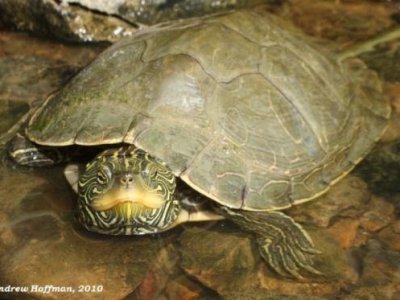