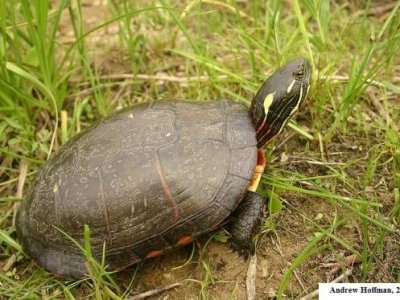 The Painted Turtle has a smooth olive to brown carapace with light irregular lines, sometimes extending into a netlike pattern. There is less red on the margin of its shell, and the plastron is covered with a large dark figure with dark seams. All Painted Turtles have black or olive skin with yellow stripes on the upper neck, legs, and tail. Also, the upper jaw is notched and has two tooth-like projections.

Painted Turtles live in slow-moving permanent bodies of water, preferring a soft bottom, abundant aquatic plant life, and places to bask such as rocks, logs, or floating vegetation. They have been known to occupy other bodies of water such as ditches, and on occasion moderately moving streams or rivers. Painted Turtles are not afraid to move about on land to move to and from water sources. 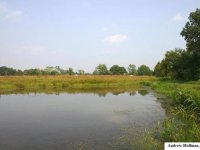 In the wild, many predators prey upon Painted Turtles of all life stages, raccoons being chief among them. Human interaction such as habitat destruction, use of pesticides, exploitation in the pet trade, as well as death by firearms and automobiles are the turtle’s biggest threats.

The Painted Turtle ranges naturally from southwest Ontario and southern Missouri, through the Pacific Northwest, but they are nearly absent from Montana. Isolated populations also survive in the Southwest. This species is distributed through most of the Midwest states, specifically Illinois, Wisconsin, Minnesota, Iowa and Missouri. 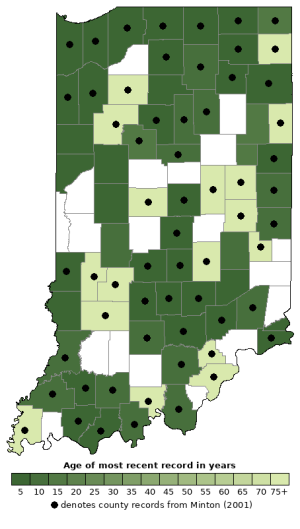 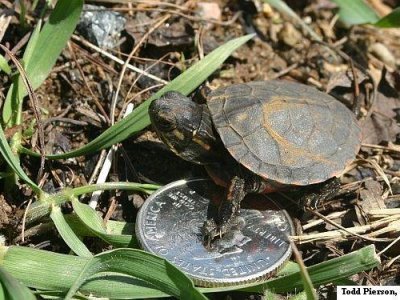 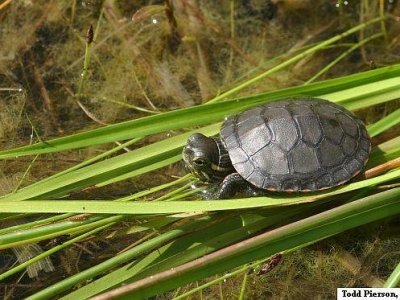 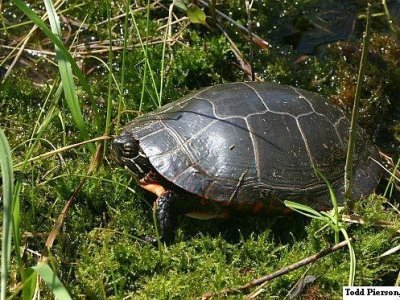 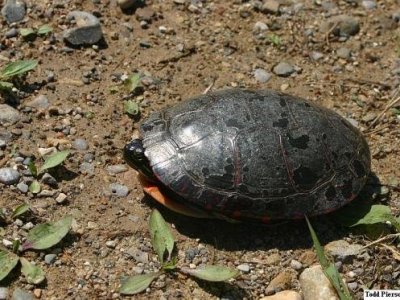 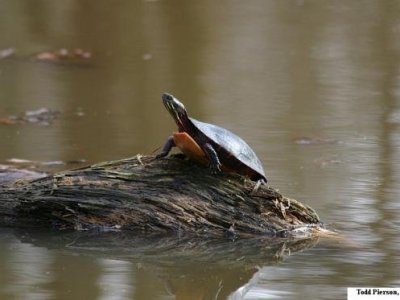 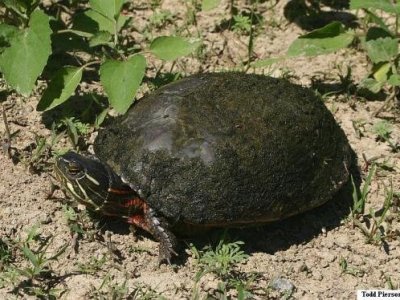 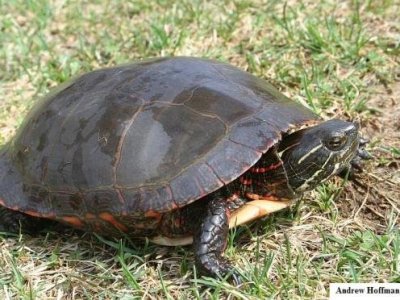 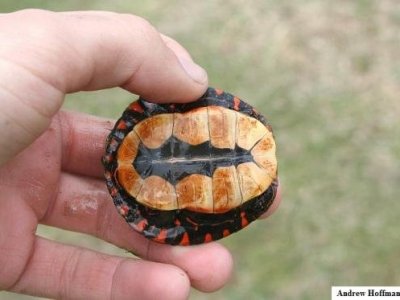 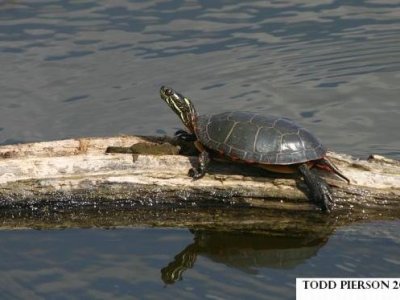 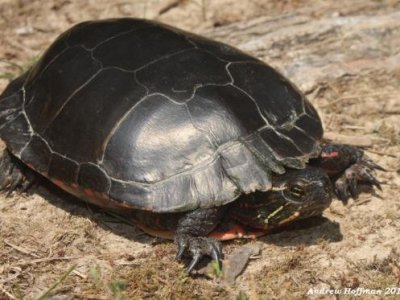