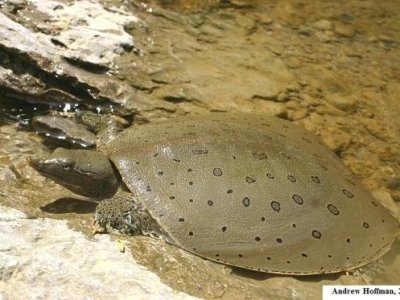 Spiny Softshells, in contrast to other turtle species, lack horny plates on the shell, and are instead covered with a leathery skin. Most of the body is scale-less, but modified scales do appear on the limbs. The carapace is broad and flat, and for young turtles is olive to light yellowish brown or grey with black spots, flecks and circles. While males retain their juvenile colors, females tend to darken and become blotched with grey or brown. Short inconspicuous spines at the front of the carapace give these turtles their name. The limbs are olive to light brown in coloration and may be marked with dark mottling, and the feet are strongly streaked and spotted. The head of the Spiny Softshell is long and narrow, with a yellow stripe boarded by black that extends from the snout through the eye and onto the neck. The snout is long, with flexible nostrils at the tip, each bearing a ridge.

Spiny Softshells are highly aquatic, and rarely leave the vicinity of water. They prefer open habitats without aquatic vegetation and are commonly found in larger streams, inland lakes, reservoirs, and other permanent bodies of water. Because arid conditions are more prevalent in western states, rivers offer much of the available suitable habitat. Being strong swimmers, these turtles can withstand moderate currents and they use their elongated nose to breathe at the surface of the water. Spiny Softshells often bury themselves in the sand or hide under rocks at the bottom of their chosen body of water. Much time is spent basking along banks or on logs in the water. 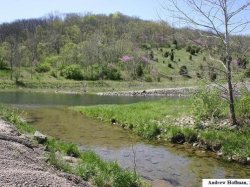 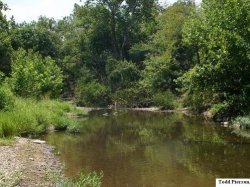 Declines in Spiny Softshell populations are attributed to pollution, exploitation by humans, and the loss of suitable nesting sites. Nests are also readily destroyed by raccoons, skunks, foxes and other mammals.

Because of their soft shells, hatchlings are extremely vulnerable to predation by raccoons, herons, and large fish. The turtles are also sensitive to pollution, and have disappeared from many polluted waterways across their range. Shoreline development also depletes populations. Human interaction such as shooting turtles or harvesting them for food, as well as injuries sustained from boat propellers, also effect the Spiny Softshell.

The Western Spiny Softshell is found from central Minnesota, south through the western states that border the Mississippi River to central Arkansas, and west to northeastern New Mexico, eastern Colorado, and eastern Wyoming. Disjunct populations are found in north eastern Wyoming and in much of central Montana. In the Midwest, the Western Spiny Softshell is only found in Minnesota, Iowa, and Missouri.

Spiny Softshells are distributed through much of the eastern and central United States, although it is absent from much of the Northeast and most of the Floridan peninsula. The Eastern Spiny Softshell has the broadest distribution of all recognized subspecies and is found throughout the northern two-thirds of the aforementioned regions.

Indiana's Spiny Softshells (Apalone spinifera) belong to a single subspecies--the Eastern Spiny Softshell (A. s. spinifera). These turtles are members of the family Trionychidae, which has a total of two representatives in Indiana. 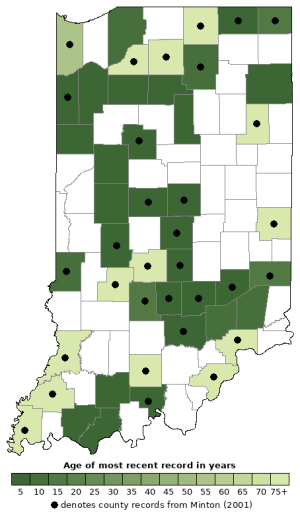 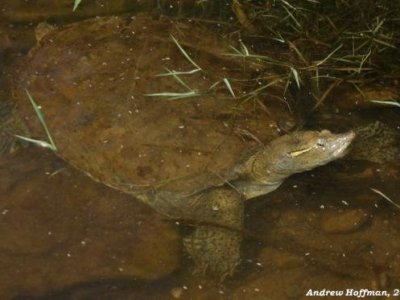 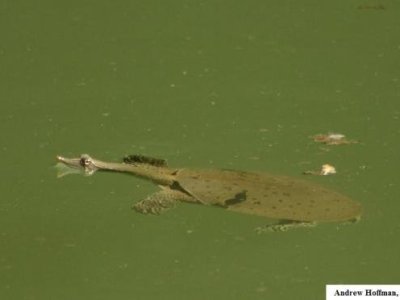 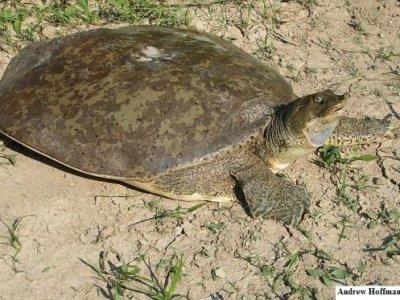 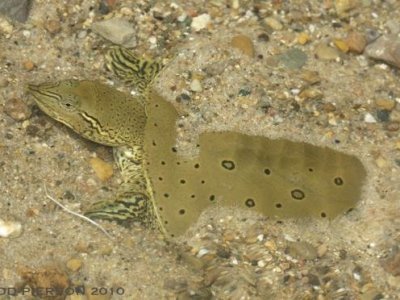 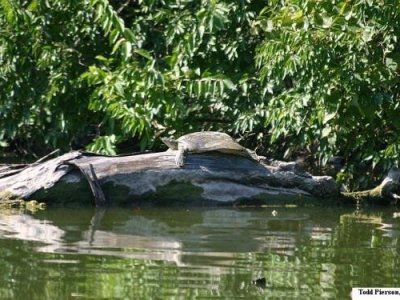 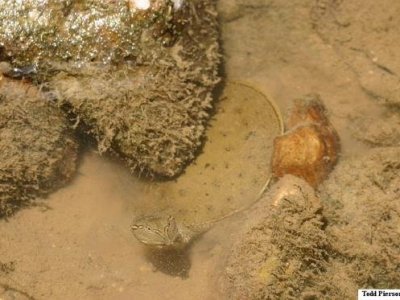 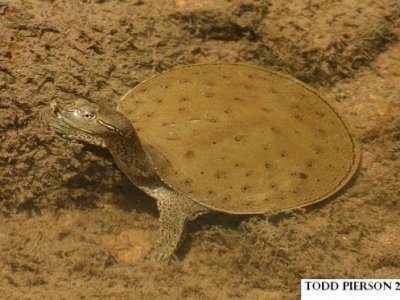 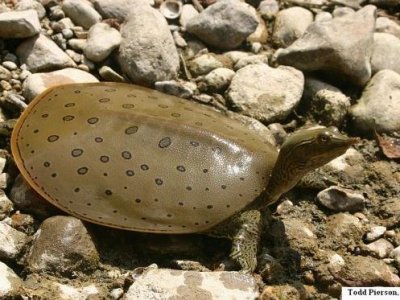 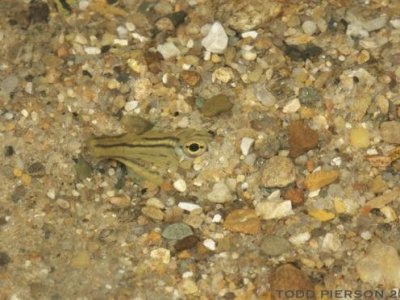 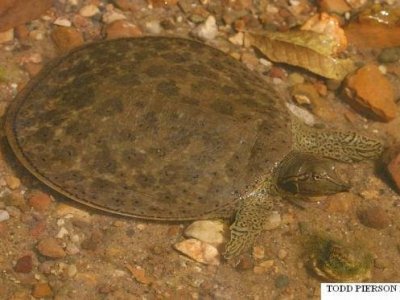 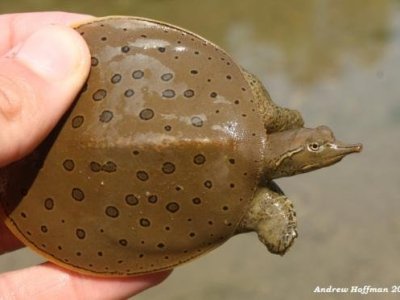 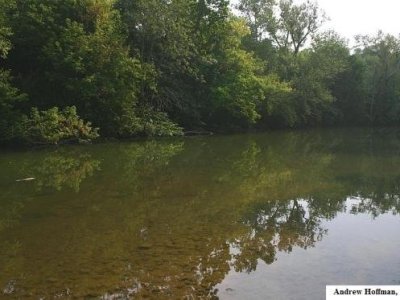 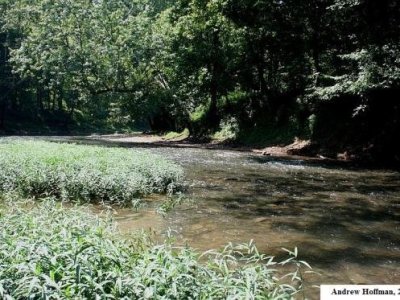 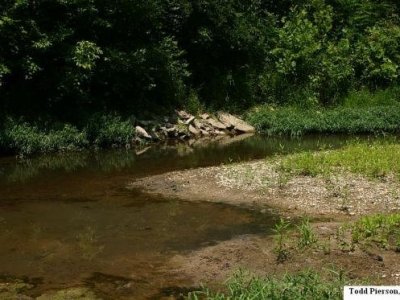 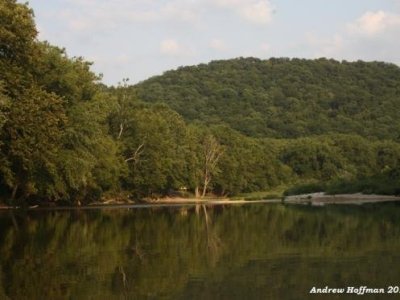