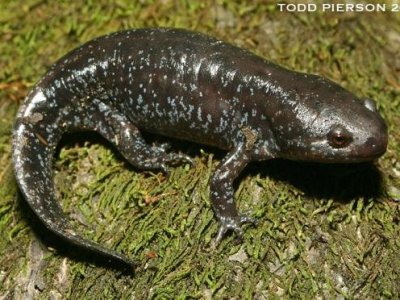 Compared to other members of the family Ambystomatidae this is a small, stocky species with a very wide head and a short tail. The Mole Salamander only reaches lengths of 3-5 in. They are gray to brown in coloration with some dorsal blue speckling that varies from individual to individual. This species lays eggs in small clumps underwater attached to twigs and other debris, but may occasionally deposit eggs on land. The larvae of this species have distinctive yellow to white lateral stripes.

The Small-Mouthed Salamander (Ambystoma texanum) is an elongate, slender species with a smaller head and lichenate patterning dorsally that is very similar in appearance to the Mole Salamander.

These salamanders are found primarily in bottomland hardwood forest. They generally do not breed in permanent cypress floodplain swamps, but rather in ephemeral flooded woodlands similar to other members of the family Ambystomatidae. Like other members of this family, adult Mole Salamanders are rarely found outside of the reproductive season. Larval Mole Salamanders feed on small aquatic invertebrates (though cannibalism is well noted in this species) while adults feed on a variety of terrestrial invertebrates. 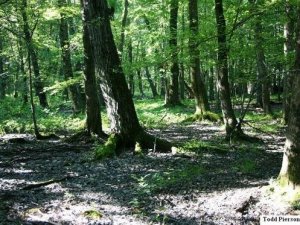 Little is known about Mole Salamander breeding in Indiana. Throughout their broader distribution, Mole Salamanders breed in the winter. In states neighboring Indiana, these salamanders arrive at breeding ponds from December to February, so we expect this also to be true in Indiana. Mole Salamanders are found most reliably on the surface during the breeding season, but adults and juveniles may be found under logs and bark throughout the summer and fall. Breeding sites are variable and can include small temporary pools, ditches, or more extensive flooded bottomland pools; they typically breed in fishless ponds, but they will also breed in some locations where fish are present. Females lay small egg masses attached to debris or vegetation in the breeding pools. Larvae likely metamorphose in the summer.

Due to its limited range in the state, this species is considered State Endangered, though the single Indiana population may very well be healthy despite its isolation.

Mole Salamanders are found throughout the coastal plain of the southeastern United States from North Carolina into east Texas with isolated populations in Virginia, Kansas, and northern Georgia. Populations are also found along the Mississippi floodplain north into southern Illinois and Indiana. Mole Salamanders are only known from a single population in Posey County and likely are restricted to this area in Indiana.

The Mole Salamander (Ambystoma talpoideum) has no recognized subspecies. It belongs to the family Ambystomatidae, which is represented in Indiana by eight species (plus the unisexual Ambystoma)--the most of any state!

Williams, R. N. and B. J. MacGowan. 2004. Natural History Data on the Mole Salamander (Ambystoma talpoideum) in Indiana. Proceedings of the Indiana Academy of Science 113:147-150. 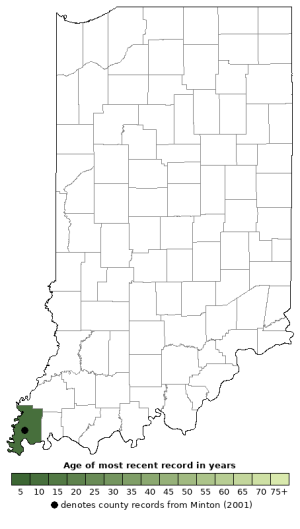 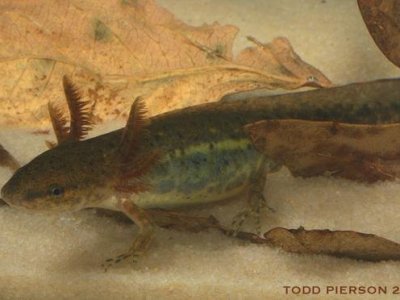 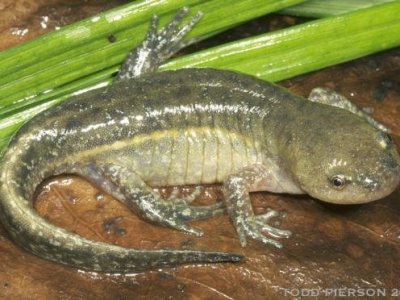 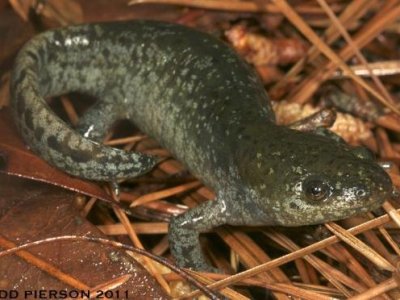